18th June 1529 – Katherine of Aragon Appears at the Legatine Court

On the 18th June 1529, Katherine surprised everyone by appearing in person at the legatine court. Henry VIII and Katherine were but summoned, however Henry VIII sent proxies instead.

The legatine court had opened at Blackfriars in London on the 31st May. This was following Pope Clement VII’s papal bull of April 1528 and made Cardinal Wolsey, as the Pope’s vice regent, ‘to take cognisance of all matters concerning the King’s divorce’. This was along with Cardinal Campeggio, who had been made papal legate in June 1528.

It is recorded in the letters and papers: ‘The Queen was herself present, and protested against the jurisdiction of the Cardinals. She desired her protestation to be registered and returned to her; which the Legates granted, and desired Montini, Clayburgh, and Watkyns to act as notaries. They then appointed John Hewes, LL.B., promotor or coadjutor, cited the Queen to reappear on Monday, June 21, to hear their decision about her protestation, and allowed Sampson to have copies of the proceedings.’

The judges confirmed that her protestation would be answered in proceedings on the 21st June and Katherine left. The 21st June would be the day that Katherine did her famous speech to Henry where she ‘beseech you for all the love that hath been between us, and for the love of God, let me have justice.’ However, as we all know, she would not have justice. 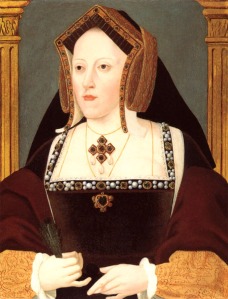 Picture of Katherine of Aragon.